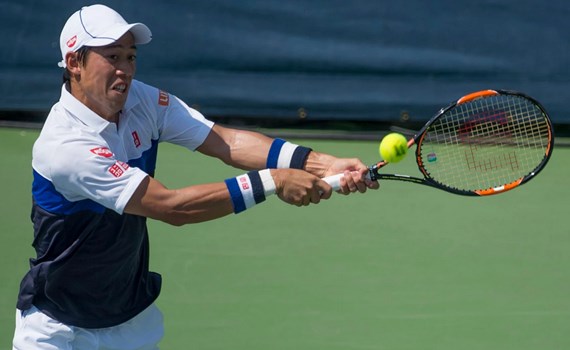 On Saturday, after a tight semi-final victory in Washington DC, John Isner told the crowd that he’d need them out in full force the next day to win the title. They did their part on Sunday, showing up and providing him with backing in the championship match against world No5 Kei Nishikori, but it was not enough as the top-ranked American lost in a hard-fought three-setter, 4-6, 6-4, 6-4.

In a match where Nishikori was only a little better than his opponent, the final outcome was never obvious until late in the match. That’s in part because it featured just three breaks of serve. The first was for Isner, but it was the latter two for Nishikori that were ultimately the difference.

“I just didn’t make enough in-roads on his first serve, which a lot of times I struggle with,” a disappointed Isner said following the match. “And from there, he’s arguably one of the best in the world from the baseline, so it’s tough.”

The 6ft 10in Isner, known as much for his booming serve as his size, was not the better striker on this warm, slightly overcast afternoon. Nishikori managed an impressive winning percentage on his first serve, 91%, to the usually steady Isner at only 76%. Perhaps the Japanese star’s success in hindering Isner’s conversion rate stemmed from having faced and defeated other notable servers during the week: Marin Cilic in the semis in a rematch of the 2014 US Open final, and before him Aussie up-and-comer Sam Groth.

“Yeah, I’ve been returning really well this week,” Nishikori said after taking his third ATP title of the season, and 10th overall of his professional career. “I tried to play a lot of rallies. It’s never easy, but I think I am playing well against these guys.”