Does Higher String Tension Give You More Control And Spin? 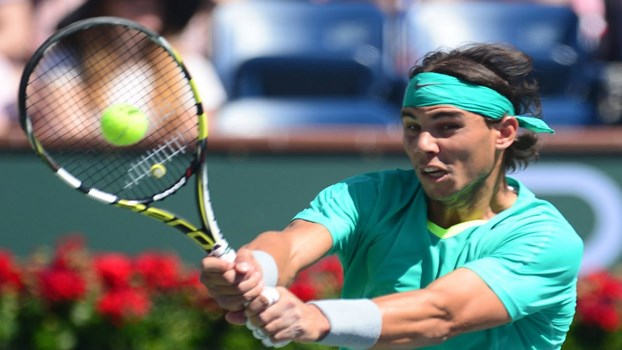 Most players are familiar with the general principle that low tension gives more power and high tension gives more control. The lower tension strings stretch more during impact and thus store more energy. When the ball rebounds from the racquet, more energy is returned, so it leaves with a higher speed. (Though the increased speed is typically less than 1 percent, but that can translate to balls traveling 1 to 2 feet further on a baseline to baseline shot, depending on the speed.)

We will assume that “control” means the ability to consistently make the ball land at an intended location. But there is more to it than that. Many players report that there is an associated “feel of control” when they are hitting their targets. So the question is what is happening during impact at different string tensions to affect both the bounce location and the player’s feel of that shot? We will examine four variables: spin, string movement, impact dwell time, and ball travel distance across the string face.

It is often assumed that control is linked with the ability to apply spin to the ball. If that is so, then does spin depend on string tension? Players often say “high tension strings bite into the ball giving more spin.” (“Biting” is used in common tennis parlance to mean creating more friction by increasing the space between strings for the ball to sink into; using rougher, stickier, textured, or shaped strings to “grab” the ball; using thinner strings to dig into the ball; or using higher tension to increase surface contact forces.)

Fortunately, the spin generated for a typical ball-racquet impact can easily be measured. This has been done at the University of Sheffield in England, and the results showed that the spin on the ball is not dependent on string tension or string type. In that testing it was concluded that all stringbeds are sufficiently “rough” to achieve maximum spin for the given shot. Therefore, even if thin, sticky, and tight strings were used in an attempt to increase stringbed “roughness,” there would be no actual increase in rebound spin.

However, the fact remains that players feel that they can achieve more spin with high-tension strings. Three possibilities arise: (1) the players are simply incorrect; (2) players feel a difference in some other impact related event like more or less dwell time, string movement, or ball travel across the racquet and incorrectly interpret that as more spin; (3) the player, not the racquet, does something differently when playing with higher tension strings that, indeed, produces more spin. So, we did more tests to find the answer.