How Women's Tennis Can Rediscover Its Mojo 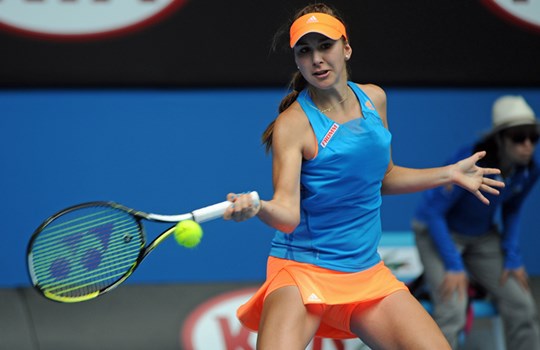 Why is women’s sport like renewable energy? Because even though millions of people are desperate to see it succeed, it remains a niche product, still tapping hopefully at the windows of the establishment.

Over the past 40-odd years, the only consistent exception to this rule has been the Women’s Tennis Association. It turned Martina Navratilova and Steffi Graf into sporting deities, and paved the way for top-10 regulars such as Agnieszka Radwanska to become multi-millionaires.

And yet, in recent months, even this last redoubt of equal-opportunities sport has started to look vulnerable. The WTA continues to expand its operations – last year it ran 59 tournaments worldwide and claimed a combined audience of 395 million – but its own finances have taken a significant hit since Sony Ericsson quit as title sponsor in 2012. In 2014, the accounts lapsed into the red, forcing a raid on a savings pot that is reputed to have dwindled to less than $10 million.How much of this is down to mismanagement, and how much to the shortcomings of the on-court narrative? It is a hard question. Stacey Allaster, WTA chief executive for the past six years, had a confrontational style that meant she burnt through staff at a rapid rate. Yet the absence of a truly convincing young champion to take up the mantle of Serena Williams and Maria Sharapova has hardly helped.

It feels as if women’s tennis has been stuck on pause since Williams embarked on her Indian summer in partnership with coach Patrick Mouratoglou, winning eight of the last 14 grand slams. This would not be a problem if we could point to a vibrant supporting cast. Yet three of the remaining six majors went to veterans who proceeded to retire soon afterwards (Marion Bartoli, Li Na and Flavia Pennetta). Yes, Sharapova did pop up to snatch the 2014 French Open, but she has not beaten Williams since 2004.