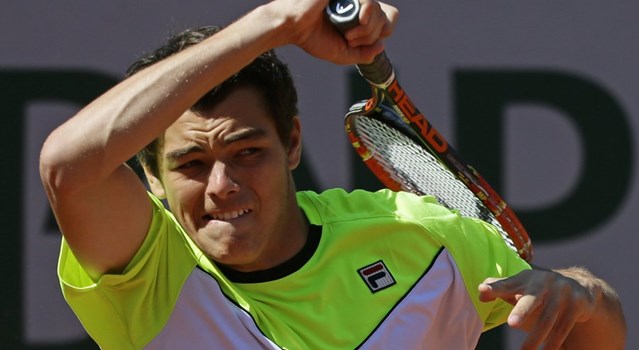 Junior tennis start Fritz Taylor is expected to make his debut with the San Diego Aviators Monday night in a World TeamTennis match against the Philadelphia Freedoms at the Omni La Costa Resort & Spa.

The 17-year-old Rancho Santa Fe resident missed the Aviators 24-19 season-opening victory over the California Dream Sunday because he was traveling back to San Diego after playing a semifinal boys’ doubles match at Wimbledon Saturday.

Fritz is first in the boys’ singles rankings compiled by the International Tennis Federation, the sport’s worldwide governing body. He was the Aviators’ first-round choice in the league’s player draft in March, the fifth overall selection in the seven-team league.

John Lloyd is expected to make his debut as the Aviators coach tonight. The former British Davis Cup captain missed Sunday’s match because of his commitment to be a broadcaster at Wimbledon for the BBC.

James Blake filled in for both Fritz and Lloyd Sunday, playing two sets and coaching the team.

The 35-year-old Blake lost to Tennys Sandgren, 5-4, in men’s singles, then teamed with Raven Klaasen for a 5-2 men’s doubles victory over Sandgren and Neal Skupski to give the Aviators at 19-15 halftime lead.

Blake was a career-high fourth in the Association of Tennis Professionals rankings in 2006, but last played on the ATP Tour in the 2013 U.S. Open.

Men’s singles was the only set the Aviators lost. Chani Scheepers opened the match by defeating Jarka Gajdosova, 5-4, in women’s singles. The South African teamed with Darija Jurak for a 5-4 women’s doubles victory over Gajdosova and Anabel Medina Garrigues to conclude the match.

Klaasen, the only player to return to the Aviators from last season’s team that played at the Valley View Casino Center and finished first in the four-team Western Conference with a league-best equaling 10-4 record, teamed with Jurak for a 5-4 mixed doubles victory over Skupski and Gajdosova.