2015 Us Open Is Crucial To Novak Djokovic's Legacy 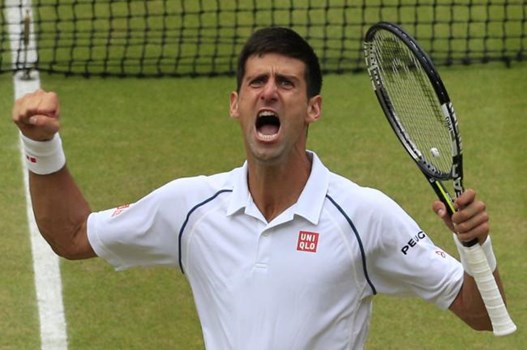 NovakDjokovic cannot be satisfied with anything less than winning the 2015 U.S. Open. The Serbian is the No. 1 player in the world by a wide margin, having won more big trophies in the last six months (two majors and four Masters 1000 titles) than the majority of top 10-caliber players will win in an entire career.

From a more historically relevant angle, the Djokovic legacy is now one of the best five collections of the Open era, spanning nearly 50 years. It’s Year Five A.D. (After Djokovic) of his mighty reign, and notwithstanding some troublesome blips and disappointments, 2015 has now bookended 2011 for a chunk of tennis superiority that ranks right up there with Bjorn Borg, Pete Sampras, Roger Federer and Rafael Nadal.

Side note: From French Opens 2012-14, Djokovic lost five of six times in major finals, and he also dropped his most agonizing semifinal at the 2013 French Open when this title would have been approximately a 99.9 percent certainty against Mighty Mouse David Ferrer.

We are talking about the kind of dominance that mathematically is supposed to happen about once a decade, but which of course has now happened three times in the last decade of a Golden Age of tennis in full view of a social media world of tennis critics and rival fanbases.

However, there is usually a more muted reception to Djokovic’s wondrous achievements, in part because of the way that he perseveres with machine-like precision to overcome adversity and stifle the drama that often swirls around Federer and Nadal.

And so Djokovic must continue to win more major titles, because the Sistine Ceiling of his career has not been finished. There are more patches to paint over, more holes to fill and more masterpieces to create.

Alexander the Great who (allegedly) famously cried because there were no more worlds to conquer could never know what it is like to be the most dominant tennis player in the world. Even Djokovic is aware that it’s never enough to win nine majors including three Wimbledons.

His next Herculean task is to dominate the U.S. Open. While greater tennis immortality hinges most on Djokovic winning the French Open, New York has been Paris’ evil twin sister, less renowned but nearly as fickle and devious to the Serbian.